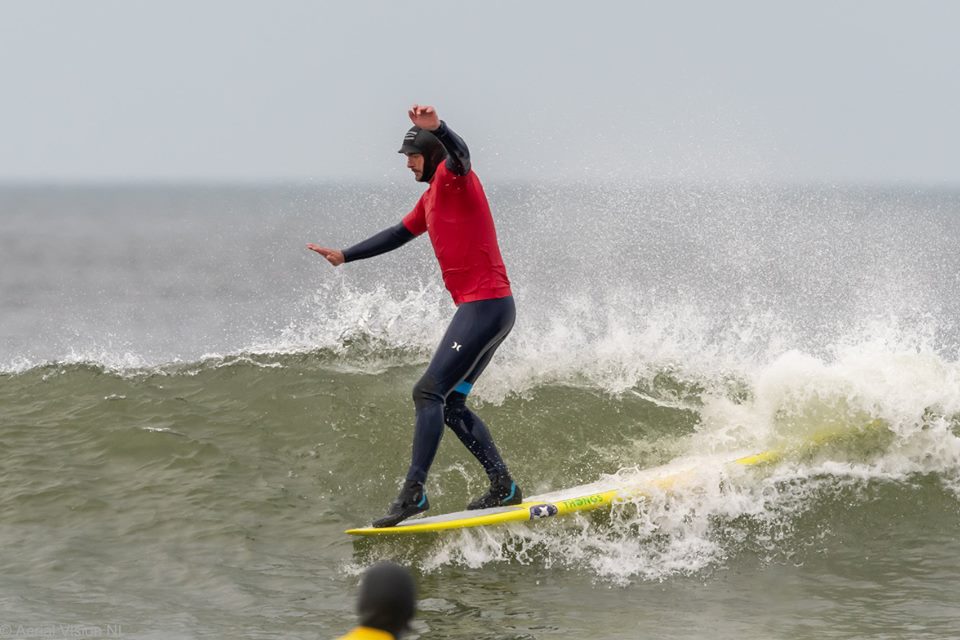 On Saturday 23rd February Long Line Surf School held its first Community Event of the year. The inaugural “Castlerock Pier Longboard Classic” seen 35 surfers from across the country come together to compete in the first Castlerock Surf Competition in Northern Ireland history.

The Castlerock Pier Longboard Classic was created to showcase traditional surfing on long surfboards over 9ft in length which gave a reminder of how competition surfing used to look.

“Castlerock was one of the first beaches surfed in Northern Ireland during the 1960’s and so we felt this would be the perfect location to bring traditional surfing back to community” said Dan Lavery, one of the event organisers.

Saturday seen a day of mild weather for February which brought small waves, clear skies and an enjoyable atmosphere for both competitors and spectators.

Surfers battled it out in 15 minute knockout rounds which allowed 2 surfers from each round to progress to quarters, semis and then finals.

Head Judge Gary McCall mentioned “It was amazing to see so many surfers come together for a classic surf competition. Longboard surfing is a big part of the Northern Ireland surf scene and this was a great way for us all to get together”

The competition seen surfers battle it out in style to  the very end with the final comprising of a talented selection of local surfers:

Four Times Irish Longboard Champion and local Portrush surfer John McCurry explained “I am so happy to win the Competition. I have been competing in the Irish circuit for many years and this has been one of my favorite.”

With the huge success of the day Long Line Surf School has now made this a permanent fixture on their annual event list.

The next community surf event will take place at Benone Beach on Sunday 31st March to celebrate the 7th Birthday of Long Line Surf School.

Thank you to Aerial Vision NI for taking the time to help capture this event. Check out their Facebook Page for a full photo album